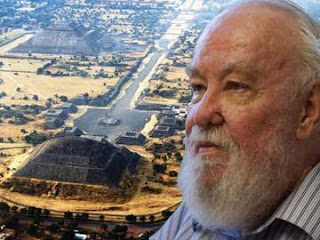 Some of the most vivid memories from my undergraduate days at Brandeis University are of my Friday afternoon meetings with George Cowgill. I took classes with George, he supervised my senior honors thesis on Teotihuacan, and I had a part-time job doing computer work for him. This was my first real encounter with research. I fell in love with archaeology, and I was discovering that I might be able to contribute some new knowledge to the field. At those meetings, I would go over what I had been working on with George. He was always positive and encouraging, but also critical. He would acknowledge what I had accomplished, but then show what more needed to be done. He had high expectations, and I wanted to live up to them.

I would leave his office full of excitement and drive. I can still picture the experience of running down the hill, toward my dorm, full of ideas. I was euphoric. Research was fun; not just fun, but captivating, intoxicating, wonderful. I was on to something, and I had some ideas of how to proceed. One of my goals as an undergraduate teacher is to try to kindle this kind of excitement in my students. When I see this kind of light in the eyes of a talented anthropology major, it makes me think of those Friday afternoons at Brandeis. It was George who got me excited about research, about Mesoamerica, about comparative early states, and about Teotihuacan. 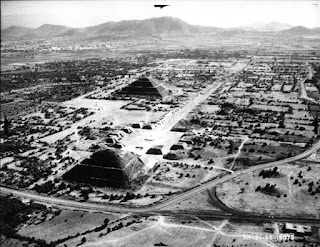 I was heavily into math and science in high school. A summer NSF program in physics for high school students made me realize, however, that doing science was merely a puzzle for me, not something I was passionate about. I turned away from science, got involved in protests against the Vietnam war, and looked for a liberal arts college. When I discovered archaeology I started taking courses with George and other faculty. When it was time to think about a topic for my senior thesis, I was into mythology, symbolism, and human sacrifice (some of you are probably surprised here). I told George I wanted to work on a topic relating to religion at Teotihuacan, thinking I could study something gory like human sacrifice. He suggested I compare the artifact assemblages of temples and residences, using the Teotihuacan database. I was crestfallen - this didn't sound sexy or exciting. But it was exactly what I needed at the time. It was just the kind of project to turn me in the direction of rigorous, scientific, quantitative research. And I haven't looked back since.

George arranged for my first fieldwork project in Mexico. He made some phone calls, and arranged for a fellow student and I to work with William Sanders on the last season of the Basin of Mexico archaeological survey project. I also spent some time in the lab of the Teotihuacan Mapping Project to learn something about the ceramics and artifacts. That summer, I fell in love with Mexico: with the archaeology, the people, the food, the music.

After I graduated in 1975, I saw George on and off over the years. We crossed paths at meetings, and I usually took my field crews up to Teotihuacan. We'd see George in the nice new lab he had built (with NSF funds). I followed George's work, of course. When he retired from Arizona State University, I applied for the central Mexicanist position at ASU. I had not kept up a high level of statistical and quantitative methods, and I was worried that I would disappoint George (and perhaps the search committee as well). But I got the job. So, I was hired to replace my old undergrad professor! How cool is that? It is one of the really satisfying events of my career.

From my hire at ASU in 2005, George and I were colleagues. Although retired, George came in to campus regularly. We exchanged papers and ideas. When some of us formed a transdisciplinary research group on urban neighborhoods, George was a regular participant. We all benefited from his expertise, judgment, and humor. George would always attend parties. He'd usually just stay in one chair the whole time, but students and others would circulate and talk with him. He became very active on Facebook. As George started to slow down, the ASU administration appointed me Director of the lab. George was helpful in getting me oriented, always available for questions and advice. He also established an endowment to help fund the lab's operations.
Two years ago, Cindy and I helped George's niece Karen Cowgill by supervising the organization and clearing of things at George's house in Tempe. He was in an assisted living facility, where he would remain. I wanted to make sure we kept track of any research materials he had at home and in his office. Karen hired 3 anthropology majors to help. They discovered George had saved his old Brandeis gradebooks in a box in the garage. Oh, let's see how well Dr. Smith did as a student! Luckily, my honor was upheld - I got grades of "A" in the two classes included in the grade book.

George Cowgill's scientific and professional contributions are many, and I'm sure they will be reviewed in some academic obituaries. I just want to close with some of the ways my own thinking and intellectual development were shaped by my undergraduate experiences working with George.
I thank George for encouraging in me a rigorous, scientific approach to archaeology. George pioneered quantitative and computer approaches in archaeology. He got me using cluster analysis and discriminant function analysis. At the time, these were exotic methods, not available on the Brandeis mainframe. George let me use his account on the Harvard mainframe for my thesis research. At some point I'll write up some of my humorous stories of doing random sampling in odd situations, and the Harvard computer center was the setting for one of them. I DID manage to get a random sample that time; I persevered largely because I didn't want to disappoint George. Discriminant analysis became one of my favorite multivariate methods, used in the several quantitative ceramic seriations I've worked on (George also contributed to the development of seriation methods).

I also took from George a love of comparative study of early states. I was always fascinated with a long, vertical chart on the wall of his Brandeis office. It showed the population sizes of prominent cities, ancient and modern, plotted on green log paper. I was thrilled to come across that very chart, faded and scuffed, when clearing out George's office. I haven't yet found a place for it on my wall.

And,  of course, there is Teotihuacan. It was clearly my first love in Mesoamerican archaeology. I went on to devote my career to Aztec sites. Returning to Teotihuacan when I took over the lab in 2015, I felt some of that old excitement from my Brandeis days. My experiences with Aztec sites and comparative urbanism allowed me to view Teotihuacan from a new perspective, and I think George appreciated this. In more ways than one, I would not be where I am as a scholar and a person, if not for George Cowgill. I will miss him deeply, as will many others.

Thank you for this tribute to a wonderful professor.

I may have said this somewhere else but I took a graduate seminar with george. He made us express ourselves clearly--in writing and orally. He had no time for archaeological fads, deconstructionist terminology and the many strange ways in which anthropological archeology has attempted to keep up with literary criticism. He was a breath of fresh air, He took apart out papers with gleeful enthusiasm. i remember the walk down the hill after the seminars, and arguments with my anthropological grad student cohort about implicit assumptions embedded in people's writing. I don't think I ever have learned as much about how to think about archaeological data than I did from George. no junk terminology, no junk science...
What a privilege to have studied with him Dorothy Hosler

This was great to read. One of my proudest moments as a newly minted academic came in 2014, when, as a postdoc, I published an article on urban planning in Cambridge Archaeology Journal. It wasn't my first article, but nothing I'd published before that had evoked a strong response in people (at least, not to my knowledge), and I was starting to wonder if anybody was actually reading this stuff. A few months after the CAJ issue appeared I had an email in my inbox from George Cowgill, whom I'd never met, but whose work I of course knew and admired. I just looked at it again. It begins "I liked your paper in the latest CAJ very much. It makes good sense and is good theory without being carried off into verbose or pretentious jargon." And then goes on with several hundred words comparing the situation I'd described with Teo.

I was completely flabbergasted, beyond flattered that he'd read it at all, let alone thoughtful enough to write me about it. It was a really cool thing to receive such a thoughtful email from a senior colleague at a time when a little validation went a long way. I'll have to remember to follow his example.