Sorry to keep harping on abstract theoretical topics. I was in Boulder for a 2-day workshop with my urban scaling research group. I'll blog about that soon; it is very exciting right now. Rosemary Joyce was at the Anthropology Department as a "Distinguished Lecturer." There were a few hours available between our meeting and the flight back home, so I went to see her talk, titled, Flows of Clay: Archaeology and the New Materialisms.

I must admit that I really didn't understand the theory aspect at all. There were some ruminations about the properties of the archaeological record that I understood (e.g., varying rhythms of temporal duration and resolution), but the theory made no sense at all. She admitted at the beginning that when she gave similar lectures in the past, they were often met with silence because people didn't understand her.

Second, I was bothered by the fact that Rosemary ruled out my intellectual perspective early in the talk. She presented scholarly knowledge as a choice between the humanities and the natural sciences. These are different, and they form the basis for our choices about the external connections and relevance of archaeology. Well, my scholarship is clearly not in either the humanities OR the natural sciences. My work as a historical social scientist simply is not captured by these two choices.

I dragged my colleague, Jose Lobo, along to the talk. As an urban economist, a former physicist, and an urban scholar, Jose is very interested in what archaeology can contribute to the body of knowledge about cities and economies and their changes through time. I had to apologize to him afterword for suggesting he attend the lecture. His overall reaction was that the talk was "vacuous." He was particularly incensed by Rosemary's characterization of the science of physics as being about "unobservables." 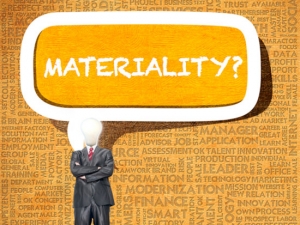 The thing that disturbed me most about this talk was that this kind of approach serves to isolate archaeology from the social sciences (both by ruling them out explicitly, and by using theory that is so highly abstract as to be meaningless) and to isolate archaeology from the public. Few people can understand this stuff. In the questions there was some discussion  about whether undergrads could understand this kind of theory (the consensus seemed to be negative). I know that I wouldn't be caught dead talking about this kind of abstract theory to my undergraduates. If social-science ideas don't make sense in conversation to ordinary people, then I have serious doubts about their scholarly utility. See my post on the concept of "community" for some discussion of this idea.

To my mind, archaeology is about the human societies of the past. We document the traces of past societies, and we use our methods and concepts to make statements about social-science topics (households, villages, communities, exchange, production, ritual, domination, inequality, and the like), and we try to understand causality and change in the past. The "new materiality theory" does not contribute to these goals. I was temped to ask the question, "How does all this help us understand ancient society in Formative period Honduras and its changes through time?" But Rosemary is an old friend and that question would probably be considered hostile (although I would have intended it as a dispassionate query). I was a guest at the Boulder anthro department, and didn't want to rile things up unnecessarily.

As to the question in the title of this talk, I really can't decide whether this stuff is vacuous or just incomprehensible. To me, though, the implication is the same.

Dr. Smith, thanks for this post. I have read the response from CU Boulder and found it to be remarkably unfair to your criticism. I have read similar responses on social media from uncomprehending students and colleagues. On your blog, you have tried to warn the field about it parochialism/insularity (such as the recent post on idiosyncratic redefinitions of terms). The fact that a colleague in a related discipline would be dumbfounded by a talk in a trendy 'theoretical' area is worrisome.

What is most disturbing about the response is this: The purveyors of each new fashion in archaeology declare the earlier insights and results to be not only invalid but somehow unethical. People on the 'New Materialism' bandwagon attack the perspectives of others with pejorative and insinuation, but then they cannot respond to any real criticism. This is a bad omen for the future of academic archaeology in the US.

Yes, these are some of my concerns about archaeology today. Thanks for the feedback.

Dr. Smith, as a CU Boulder grad student myself, I am disappointed that all this has happened. What I find most disturbing is that the Facebook post in question was written by 4 of our grad students, but then posted on the departmental Facebook page as if it represented us all. The content of their response aside, I think this was an inappropriate use of our Facebook page. Their apparent disinterest in continuing the discussion is also disappointing. I'm trying very hard to stay out of this whole thing (departmental politics and the like...) but know that their post is not representative of the whole department.

Yes, I wondered about the use of an official departmental Facebook page for this. But I would not assume that any specific post represented any kind of official line, or even a majority position. This just brings up more issues with social media and its relationship to scholarship and professional activity. This is new territory that needs some explicit discussion and attention (apart from any issues in social theory).

Hey there fellow CU grad student - thanks for your comment; your point is totally valid. We did sign our names in the original post but we've also added a disclaimer that states that the post is our opinion and is not all shared by all nor is it representative of the entire CU department. Hopefully this helps alleviate some of the confusion...

Thank you for bringing up a very important point,

Although I didn’t attend the lecture, I thought I might share some thoughts on the general topic. As a point of clarification, I would just note that “new materialisms” encompass a wide array of theoretical influences and disciplinary approaches. The term itself doesn’t define a “new materiality theory”, but rather signals a distinction from and renewed interest in traditional branches of materialist philosophy (e.g. Marx, Nietzsche, Freud, etc.) The cross-disciplinary embrace of new materialisms in the social sciences does not suggest a “choice” between the humanities and natural sciences. Instead, it questions our perception of the social sciences as being caught up in some presumed dissonance between scientific empiricism and social constructivism. So, the lecture likely addressed our own entrenched positionalities (e.g. “historical social scientist”) by pointing out that those categorical distinctions can be flawed and might be the very things that isolate us from interdisciplinary research. As to the above comment lamenting the topic as a “bandwagon attack” on different perspectives, I would just note that I have yet to see scholars associated with these veins of literature dismiss entire theoretical genealogies as “vacuous”. In fact, Barad, who it seems was alluded to in the lecture, denounced these dismissive tendencies in an interview: “Critique is all too often not a deconstructive practice, that is, a practice of reading for the constitutive exclusions of those ideas we can not do without, but a destructive practice meant to dismiss, to turn aside, to put someone or something down—another scholar, another feminist, a discipline, an approach, et cetera. So this is a practice of negativity that I think is about subtraction, distancing and othering.”

My discussion of a choice between humanities and social science describes the literal distinction given in the lecture. I tried to be careful to indicate that I found the talk difficult to understand ("incomprehensible"), while my colleague Dr. Lobo was the one who used the term vacuous. His use of that term was not meant to "dismiss' or "put someone or something down." To him, this kind of work is simply irrelevant. Instead, Jose and I are engaged in social science research that has a strict scientific epistemology and ontology. He once noted that one thing that links us together is our "worship of data." From that perspective, Dr. Joyce's talk would seem to offer nothing that can help us in our work. His view was clearly based partly on his experience in physics, a field that Dr. Joyce described in silly, almost infantile terms.

I must admit that I have trouble understanding not only the theory, but the way that scholarship is discussed in this area. I think I have a pretty good understanding of the traditional social sciences, but not much knowledge or experience in the humanities From the perspective of mainstream theory and method in the social sciences, this kind of highly abstract, philosophical theory is seen as outside the normal range of concern. Indeed, John Gerring's methodology textbook, which I view as a shining path of relevant ideas, explicitly leaves anthropology outside of his purview because it is an outlier in the social sciences, not subject to the same rigorous methodological guidelines as are the other fields (I happen to disagree partially with Gerring, and have had some conversations with him about this).