The "Grand Challenges" for Archaeology

A new paper, in the current issue of American Antiquity, presents a list and discussion of 25 "grand challenges" for archaeology in the near future. The authors also publish a short piece, mainly the list and the methods in which it was assembled, in PNAS (both are Kintigh et al. 2014). This is a fantastic paper - please go read it right away. The challenges are meant to be issues that can be addressed by archaeologists, are important to the discipline, and also "relevant to contemporary society" (p.7). They "excluded questions highly specific to place and time." I am enormously impressed with this list. Of course, I have my concerns and reservations about some issues, as everyone will. But this list will serve as a point of discussion in the discipline for some time.  I copy the entire list below, at the end of the post.

So, here are my quick comments and reservations. (these should not detract from my very strong support and admiration for this effort).

First, there is a glaring omission: states, empires, and processes of domination. How can they justify including "leaders" as a grand challenge, but not imperial conquest, political domination, and the great variation in premodern polities. Why isn't Blanton and Fargher (2008) included? This is the single most important work in the study of premodern complex societies in the past few decades. Why was it left out? Could this be due to the list of authors, which emphasizes small-scale societies more than complex societies?

Second, environmental topics are far over-represented, to my mind. They not only occupy seven challenges in group E (Human-environment interactions), but there are quite a few environmental themes included in the other groups as well. And why nothing on collective action?

Third, a number of the discussions of individual challenges are quite naive and parochial when considered in the context of the social sciences. For complex societies, archaeology and anthropology tend to stand outside the social sciences, rarely citing relevant literature in sociology or political science, developing our own concepts and approaches that are often quite limited in comparison with those in other fields. Here are some of the more glaring cases:


And for a real stinker, consider D3, which uses code words to avoid the tainted term "phenomenology of landscape:" "How do spatial and material reconfigurations of landscapes and experiential fields affect societal development?"  Well, this one is a REAL challenge, since it deals with abstract and philosophical realms, whereas the other 24 deal with the empirical realm.

And, being picky here, under A6 (urbanism), Luis Bettencourt's name is misspelled in the text and in the bib (as "Betancourt").  Colman (2008), under A1 (leaders) is not in the bib.

So, enough carping. This is a fantastic exercise, and I hope it is the subject of much discussion in the years to come. What do you do if your research questions aren't on the list? Just because a topic is not a "grand challenge" does not mean it is not a very important research topic. I guess I have the opposite problem. Most of the larger themes and issues that I work on (except for states, empires, and domination!) are here: urbanism, inequality, communities, and market systems. Well, I guess households are not very well represented. Households are implicated in several of the challenges, but households or social structure are not targets of their own challenge. It's hard for me to see the value of including "experiential fields" and not households. But overall this is a great list. 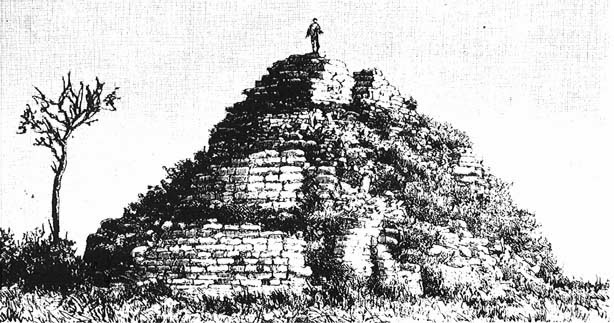 
A. Emergence, communities, and complexity

1.      How do leaders emerge, maintain themselves, and transform society?

2.      Why and how do social inequalities emerge, grow, persist, and diminish, and with what consequences?

3.      Why do market systems emerge, persist, evolve and, on occasion, fail?

4.      How does the organization of human communities at varying scales emerge from and constrain the actions of their members?

5.      How and why do small-scale human communities grow into spatially and demographically larger and politically more complex entities?

6.      How can systematic investigations of prehistoric and historic urban landscapes shed new light on the social and demographic processes that drive urbanism and its consequences?

7.      What is the role of conflict—both internal factional violence and external warfare—in the evolution of complex cultural formations?

B. Resilience, persistence, transformation, and collapse

1.      What factors have allowed for differential persistence of societies?

2.      What are the roles of social and environmental diversity and complexity in creating resilience and how do their impacts vary by social scale?

3.      Can we characterize social collapse or decline in a way that is applicable across cultures, and are there any warning signals that collapse or severe decline is near?

4.      How does ideology structure economic, political, and ritual systems?

1.      What processes led to, and resulted from, the global dispersal of modern humans?

2.      What are the relationships among environment, population dynamics, settlement structure, and human mobility?

3.      How do humans occupy extreme environments, and what cultural and biological adaptations emerged as a result?

4.      Why does migration occur and why do migrant groups maintain identities in some circumstances and adopt new ones in others?

1.      What are the biophysical, sociocultural, and environmental interactions out of which modern human behavior emerged?

2.      How do people form identities, and what are the aggregate long-term and large-scale effects of these processes?

3.      How do spatial and material reconfigurations of landscapes and experiential fields affect societal development?

1.      How have human activities shaped Earth’s biological and physical systems, and when did humans become dominant drivers of these systems?

2.      What factors drive or constrain population growth in prehistory and history?

3.      What factors drive health and well-being in prehistory and history?

4.      Why do foragers engage in plant and animal management, and under what circumstances does management of a plant or animal lead to its domestication?

5.      Why do agricultural economies emerge, spread, and intensify, and what are the relationships among productive capacity, population, and innovation?

6.      How do humans respond to abrupt environmental change?

7.      How do humans perceive and react to changes in climate and the natural environment over short- and long-terms?

Email ThisBlogThis!Share to TwitterShare to FacebookShare to Pinterest
Labels: Archaeology and other disciplines, Big questions

There is a publicity story on the 25 challenges here:

Thank you for your thoughtful examination of the list, and for stimulating some of my own thinking on it. My response is here, if you're interested in reading.

@Sarah - Yours is a good post. You bring up some considerations I didn't include.